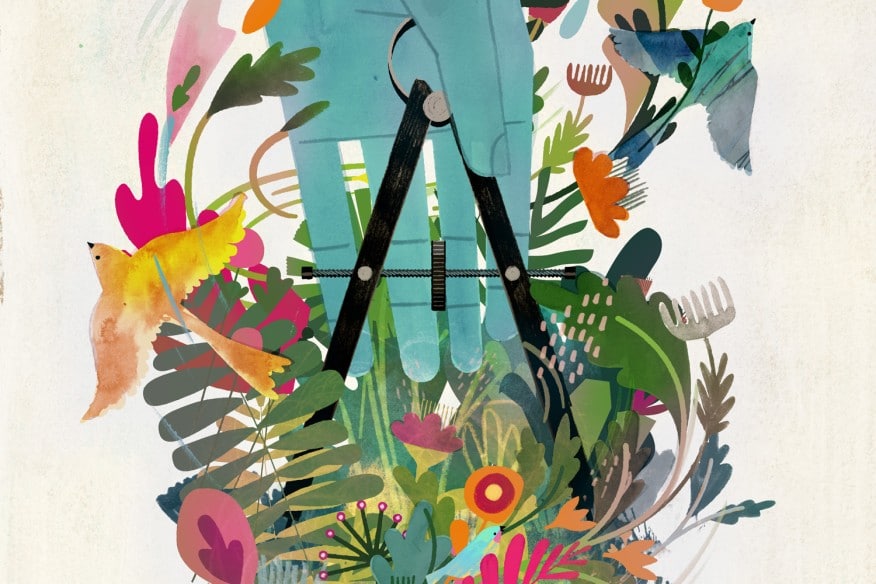 Over the last 50 years, a once-nascent conversation about sustainability has evolved into a full-scale priority for the profession.

Passive design—or design that takes advantage of the climate to maintain a comfortable temperature range—has been used to heat and cool living spaces throughout human history, but the practice saw a strong groundswell among architects in the United States in the 1970s.

The 1973 oil embargo, sweeping policy overhauls like the Clean Water Act, and the creation of the Environmental Protection Agency all contributed to the conviction of a small group of passionate and environmentally conscious architects that they needed to design differently. These architects saw it as an essential task to revive practices that could heat and cool buildings without relying on the energy-intensive mechanical systems introduced in the decades prior. In the process, much of the sustainability discourse present in the architectural profession today began to take shape.

With climate change conversations becoming increasingly urgent, sustainability has shifted from a nascent movement to a major focus. We talked to four architects—two who started their careers working on passive residential projects in the 1970s, and two leading sustainability initiatives at larger firms today—about how they use passive design techniques, how a drive for designing lowenergy buildings informs their practice, and what sustainability means to them.

David Wright is a pioneer in the field of passive solar design, a practice he still continues today. He is also the author of The Passive Solar Primer: Sustainable Architecture (Schiffer Publishing, 2008).

I graduated from CalPoly [California State Polytechnic University] in 1964, and there was not a lot of concern for energy conservation in the early ’60s. I joined the Peace Corps and was assigned to Tunisia, and one of the projects I worked on was a 60-unit affordable housing design for police, schoolteachers, and nurses—people who couldn’t necessarily afford “good” housing. I had learned several things about some of the traditional architecture in North Africa, which used natural conditioning features—orienting the buildings properly to let in sunlight in the wintertime, and allowing breezes off the Mediterranean to cool them in the summertime. Lo and behold, the buildings worked to naturally heat and cool themselves.

I finished my stint there and was reassigned to Guinea, in tropical West Africa. My job was to design and build an agricultural junior college, 300 kilometers up in the jungle. There, I was designing for a whole different climate. I looked at traditional ways of keeping the rainfall out, making sure the breeze could

blow through, and generally adapting the buildings to the climate zone.

When I came back to the U.S. and became licensed, I moved to New Mexico because I was enamored with the idea of using natural materials like adobe. I analyzed the performance characteristics of traditional adobes in conjunction with more modern materials, and with—by then—a very strong understanding of physics and the laws of nature, started developing what became known as passive solar techniques.

It was fascinating to evolve new ways of space-conditioning buildings, and when the 1973 oil crisis occurred, we went from what I call the “lunatic fringe”—people out there in New Mexico trying to figure stuff out—to what I call “lunatic center.” All of the magazines, all of the newspapers, and all of the people writing books showed up to check out what was going on.

From then on, everything we did was an evolution. I got away from adobe and into super-insulated and earth-integrated buildings, especially in Oklahoma and Minnesota—but with heavy insulation and thermal mass, using all of the principals of passive solar. At the time, my staff and I all thought, “We’re going to revolutionize architecture here because we’re going to create buildings that are functionally formed in response to the climate, and that will become a methodology for architects all over the world to start developing their own microclimate regional-style buildings.”

It’s still totally fascinating to me as an [older] architect. I’m amazed at how the code [has] changed and how, today, the things that I and a couple of other guys [were talking about] in the 1970s are actually in the code now, especially in California—you have to pay attention to passive solar effects on a building, even with big buildings like the Federal Building in San Francisco.

I think, personally, passive solar–designed buildings are both very energy efficient and generally healthier architecture, buildings that are actually more comfortable because they’re responding to their local climate.

Read the rest of the article here.