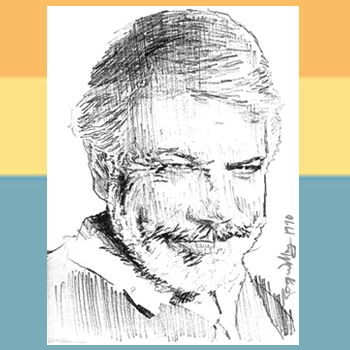 AT LAST WHAT THE WORLD HAS BEEN WAITING FOR!

David is busy writing his memoirs; the story of his life is one of extraordinary experiences leading to a satisfying career as an unusual type of architect. He is writing this because of his wife’s encouragement, and as an autobiographic history for his children; it reads like a quintessential lifetime of growing up in a small rural American town in the age of “American Graffiti” to experience a life of professional success and personal fulfillment. Many of the chapters feel like the adventures of “Forrest Gump”, but with a quicker mind. The path has been unusually circuitous from an active childhood shaped by being a Boy Scout, very much a “Hardy Boys “adventure and then discovering at an early age that architecture was a natural calling.

In the pursuit of becoming an architect, the fortunate choice of an opportune education followed by dodging the war in Vietnam endemic to the youth of his generation, leads to a Peace Corps service acting out the credo of the Kennedy Generation. The things he observed and experienced as an architect, in North Africa in the 1960s, lead to a prophetic early pioneering role in the Hip Generations movement of self-sufficiency and environmentalism. This fortunate time founded an architectural career path starting by dropping out in New Mexico where he learned to emulate the ancient survival building systems of the Anasazi and Pueblo Indian cultures, evolving into the development of the Passive Solar Architecture movement a revolution started by the first petroleum energy crisis of the 1970s. David was an early practitioner of the newly discovered naturalist approach to modern architecture, the enlightened precursor of todays Sustainable Architecture.

His professional career path is a journey that spans the early discoveries environmentally responsive architecture, life cycle analysis and use of energy conservation measures in the built environment to the adaptation of photovoltaic solar electric and LEED certification of building performance. David actively participated in the coming of age of conservation in architecture and the forecasting of innovative responses to attaining energy sustainability in architecture.

David’s professional legacy is a lifetime of practicing architecture as an art and creating modest buildings that endeavor to be in harmony with the nature of our world.