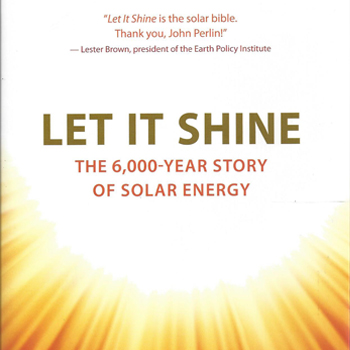 A newly published book LET IT SHINE authored by John Perlin, who formerly co-wrote THE GOLDEN THREAD, is a 300 year history of the solar architecture of the world. David is featured as an early solar pioneer in the 1970’s solar revival in the USA where he started passive solar designing in Santa Fe, NM.

David is credited with designing the first passive engineered passive solar adobe called “Sunscoop”, and a series of other variations of the direct gain passive system, a term invented by him. The term “passive solar design” was coined in 1973 in the living room of Sunscoop by Benjamin (Buck) Rogers at the time a mechanical engineer at Los Alamos Scientific Laboratories. These terms have been incorporated in the modern lexicon of solar architecture movement and circled around the globe. Download an example of Let It Shine about David here.

David has authored books on the subject: Natural Solar Architecture: A Passive Primer (i978), Passive Solar Architecture: Logic and Beauty (1980), and recently The Passive Solar Primer: Sustainable Architecture ( 2008). His work Has also appeared in hundreds of books, articles and magazines from Sunset Magazine, the New York and Los Angeles Times, Popular Science, National Geographic, and he has material preserved in the Smithsonian Institute in Washington, DC.